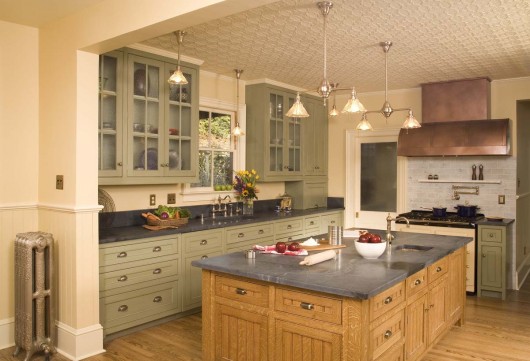 Uptown Port Townsend is full of eye catching homes. The Henry Landes House is intriguing, even in a neighborhood of beautiful historic homes.

The two story house is set back from the street and surrounded by a formal garden, so you may not have noticed the painted gables, elegant porches, and tall brick chimneys.

The house was built in 1871 by Colonel Henry Landes, who would become one of Port Townsend’s most prominent citizens. Landes served as a city councilman and a state senator.  He also established the First National Bank of Port Townsend and directed the Port Townsend Southern Railroad.

In 1888 Landes expanded the house. The house was rotated 90 degrees, a second home was relocated, and the two structures were attached.

The second home added a living room, hallway, downstairs bath, as well as rooms on the second floor. A new kitchen was added once the two houses were joined together. Evidence of the original house can still be seen with exterior siding and a window in the hallway of the second floor interior.

Colonel Landes sold his home in 1905 and moved to Seattle. The home had several updates over the decades since Landes sold it and underwent a renovation in 1984.

Beginning in 2009 we began an extended planned renovation to bring a heightened level of elegance back to this beautifully situated home. We have rebuilt the double hung wood windows and removed a 1950’s era kitchen and restored a historical kitchen, including flooring, ceiling and cabinets.